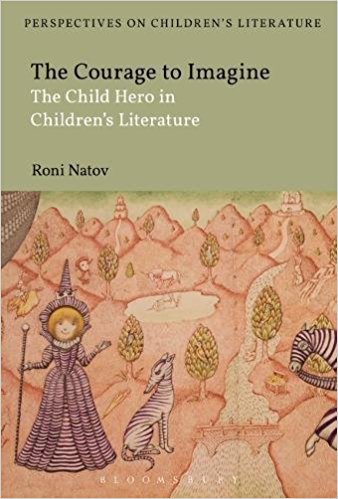 The Courage to Imagine: The Child Hero in Children’s Literature by Roni Natov (Bloomsbury, November 2017)

The act of imagining lies at the very heart of children’s engagements with literature and with the plots and characters they encounter in their favorite stories. The Courage to Imagine is a landmark new study of that fundamental act of imagining. Roni Natov focuses on the ways in which children’s imaginative engagement with the child hero figure can open them up to other people’s experiences, developing empathy across lines of race, gender and sexuality, as well as helping them to confront and handle traumatic experience safely. Drawing on a wide range of theoretical approaches from the psychological to the cultural and reading a multicultural spectrum of authors, including works by Maya Angelou, Louise Erdrich, Neil Gaiman and Brian Selznick, this is a groundbreaking examination of the nature of imagining for children and re-imagining for the adult writer and illustrator. 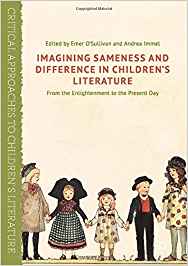 Imagining Sameness and Difference in Children’s Literature From the Enlightenment to the Present Day edited by Emer O’Sullivan and Andrea Immel (Palgrave, 2017)

This book investigates how cultural sameness and difference has been presented in a variety of forms and genres of children’s literature from Denmark, Germany, France, Russia, Britain, and the United States; ranging from English caricatures of the 1780s to dynamic representations of contemporary cosmopolitan childhood. The chapters address different models of presenting foreigners using examples from children’s educational prints, dramatic performances, travel narratives, comics, and picture books. Contributors illuminate the ways in which the texts negotiate the tensions between the Enlightenment ideal of internationalism and discrete national or ethnic identities cultivated since the Romantic era, providing examples of ethnocentric cultural perspectives and of cultural relativism, as well as instances where discussions of child reader agency indicate how they might participate eventually in a tolerant transnational community.

This book is the story of the emergence and development of writing for children in modern Korea. Starting in the 1920s, a narrator-adult voice began to speak directly to a child-reader. This child audience was perceived as unique because of a new concept: the child-heart, the perception that the child’s body and mind were transparent and knowable, and that they rested on the threshold of culture. This privileged location enabled writers and illustrators, educators and psychologists, intellectual elite and laypersons to envision the child as a powerful antidote to the present and as an uplifting metaphor of colonial Korea’s future. Reading children’s periodicals against the political, educational, and psychological discourses of their time, Dafna Zur argues that the figure of the child was particularly favorable to the project of modernity and nation-building, as well as to the colonial and postcolonial projects of socialization and nationalization.